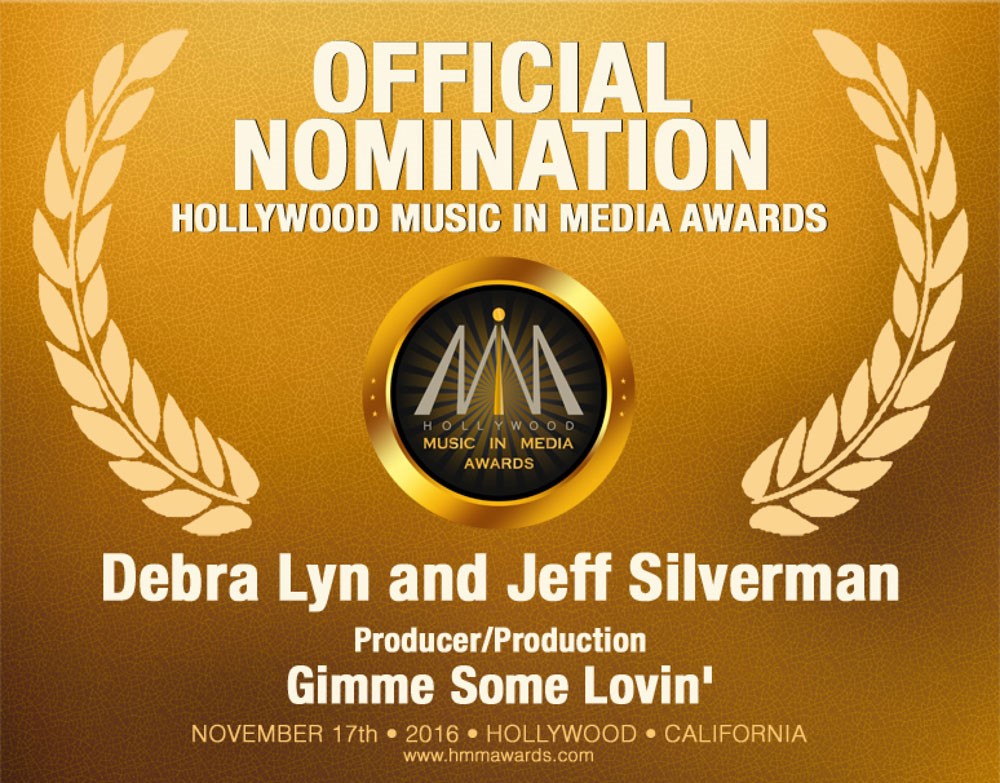 Jeff and I are very excited and honored to receive the official Hollywood Music In Media Awards (HMMA) nomination for Producer/Production for GIMME SOME LOVIN’.

The Hollywood Music In Media Awards™ (HMMA) recognizes and honors the music of visual mediums (film, TV, movie trailers, video games, commercials, etc.), the talented individuals responsible for creating, producing and placing it and the music of artists, both mainstream and independent, from around the globe. HMMA is the first music awards event to recognize and honor excellence in music supervision. Iconic artists are presented with Outstanding Career Achievement honors for their accomplishments and longevity in the entertainment field. (www.hmmawards.com)