You Can't Hold Me Close When You're Holdin' The Bottle 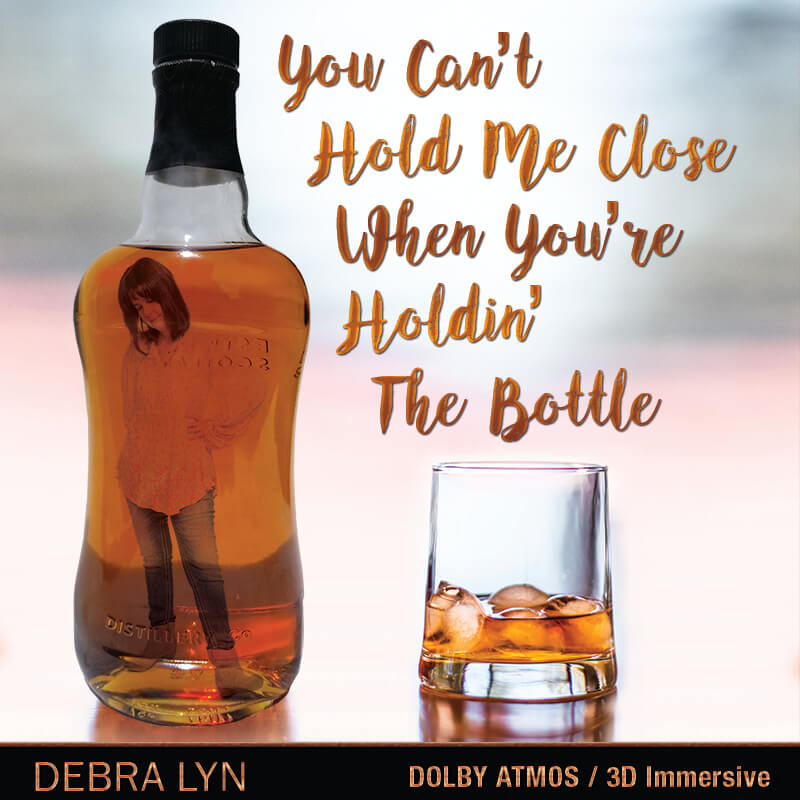 We are pleased to offer a new Dolby Atmos 7.1.4 MP4, 5.1 Flac and a 3D Binaural .wav and mp3 mix for “You Can’t Hold Me Close When You’re Holdin’ The Bottle!” This includes vocal & instrument versions in each format and a 3D binaural bonus video of the title track from Debra’s new album “I Can’t Remember To Forget You 15th Anniversary Edition.”

(Certain devices are able to stream Dolby Atmos) on the sites below. The 3D Binaural versions are available on all major digital outlets world-wide.

“You Can’t Hold Me Close When You’re Holdin’ The Bottle” was written by Debra and recorded in June of this year. This is the first single from Debra’s “I Can’t Remember To Forget You 15th Anniversary Edition” album. The original album has been mixed and mastered in Dolby Atmos 7.1.4. This immersive format gives the it a new life and listeners an entirely new experience.

This song is truly a collaborative effort bringing together background vocals from our friends in the UK: Scotland, England, Ireland & the Czech Republic as well as musicians from Nashville and Canada.

Please read on to learn more about everyone who helped to make this possible. Many are artists that have their own projects available and we encourage you to visit their websites or links if you would like to learn more! 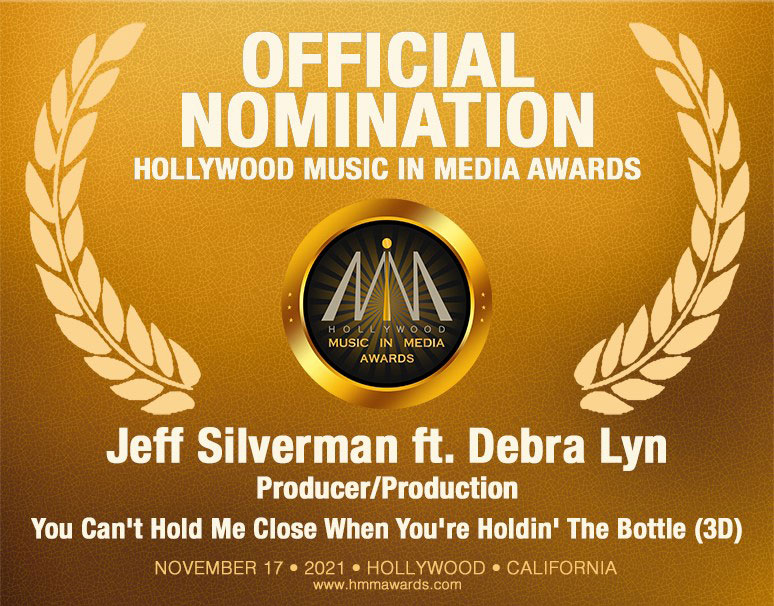 We’re so excited to be nominated for this year’s Producer/Production Award!
Click to see the 2021 Music Genre Nominees

Thank You To All the Musicians & Singers! 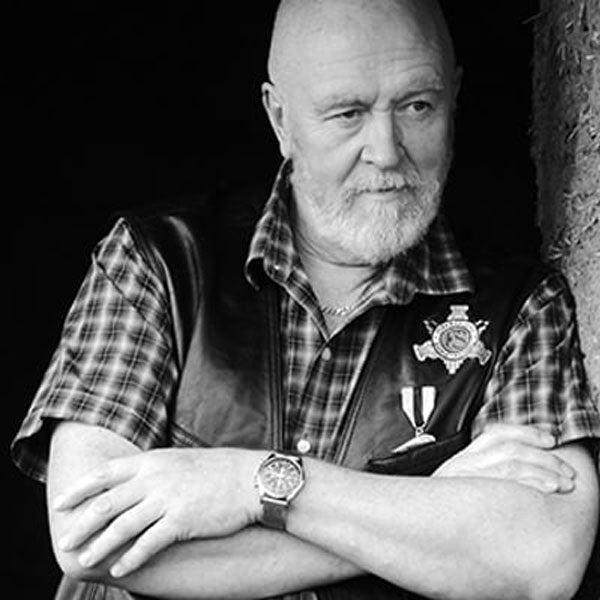 I first “met” Ian while listening to “The Sunday Getherin’ with Karin Ingram.”

We were preparing to re-release my “I Can’t Remember To Forget You” album and wanted to add a new song. Ian and I a had exchanged CDs. After listening and becoming a fan of his music, I asked if he might be interested in singing the lead background part on the song. He enthusiastically agreed!

Ian is very well known as a singer/songwriter in the Scottish Folk Movement. His most recent release “Young Territorial,” which he describes as a “labour of love,” is a re-imagined, rewrite of works from a book titled “Gray Kilts” by Duncan Tovey, a storyteller of the Regiment during World War 2. The music was written and performed by Ian along with the “tartan spiders,” a 13-piece roster of guest singers and musicians. He has quite a number of albums and downloads available and I encourage you to check out his website: 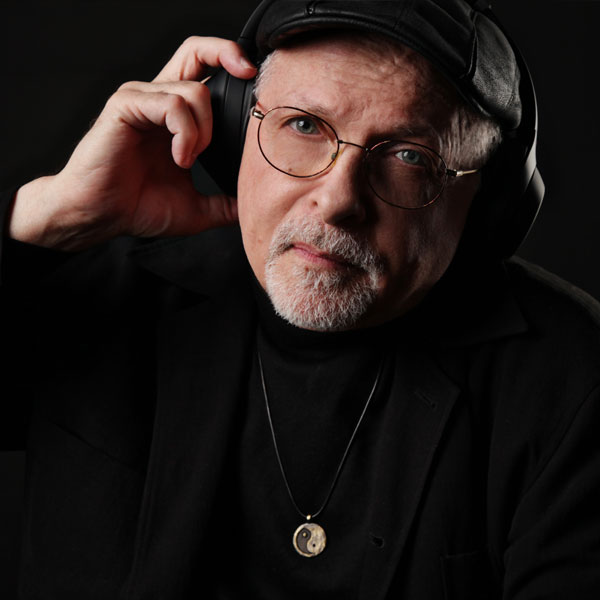 Jeff is my long time producer, co-writer and husband.

Jeff’s nearly 40 years of experience in the music industry has included working on
Emmy and Grammy-nominated projects. He has also produced, mixed, mastered,
co-written, edited and performed on a number of gold, platinum and award-winning
projects for artists such as Rick Springfield and Michael Peterson. Jeff is co producer
and co-writer of the recently released “From The Vault (A Collection of works by Rick
Springfield & Jeff Silverman)”. He has also been a staff songwriter at Motown/LA and
is the owner operator of Palette (MSP). 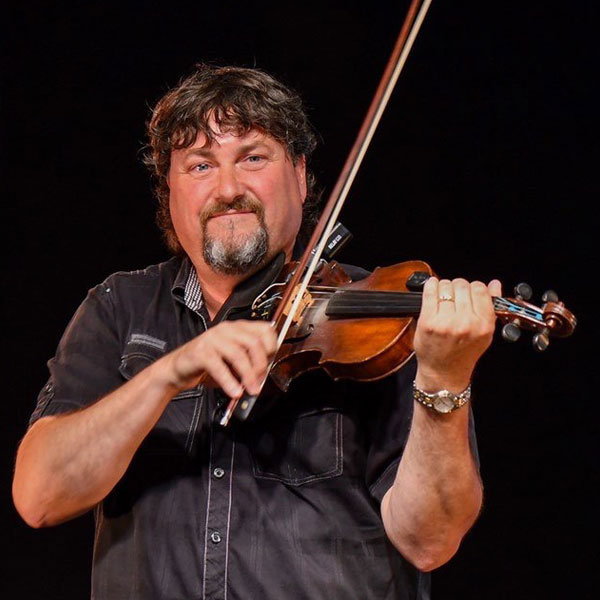 Ray is a friend of mine from way back. I first met him when my country band was performing at a club in Vermont.

He played fiddle on our 1st 45 Record and then I moved to Nashville and we lost touch. Many years later I found him again on Facebook and he was the natural choice to play on this song.

Ray Legere is a world-renowned fiddle and mandolin player and a household name for music lovers across the Maritimes (Canada). His astonishing technique and boundless musical energy enthrall and excite musicians and audiences alike, and continue to garner what is already a lifetime of justly deserved accolades. From Sackville, NB, Ray tours the world and records with the top musicians in many musical genres. He has played with most of the great North American bluegrass players, including legends like Tony Rice, Alison Krauss, David Grisman, and Doc Watson. In 1982, he even filled in for Bill Monroe— the father of bluegrass—when Monroe took ill before a concert. Ray has toured internationally with artists such as Rita McNeil, John McDermott, Bowfire, and Michelle Shocked. In 2017-present he has been seen touring with hit NB acts Tomato/Tomato, Laurie LeBlanc, Christian ‘Kit’ Goguen, and classical woodwind quintet Ventus Machina.

Ray is the 2019 recipient of the Lieutenant Governors Award for High Achievement in the Arts and is a multiple ECMA award winner. He has won numerous awards for his fiddling and mandolin playing, including 2 National Mandolin Championships (1983 and 1986) and was recently inducted into both, the NB and the NS Country Music Hall of Fame. 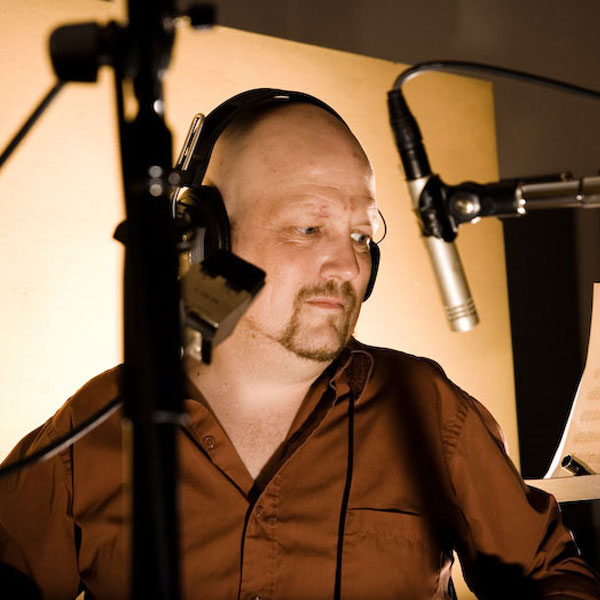 I have worked with Matthew since my “A Cold Wind Blows” album.

He is so talented and imaginative as a musician and consistently adds amazing little touches to each song.

Matthew has worked with artists such as Willie Nelson, Big & Rich, Gretchen Wilson, Steel Magnolia and Jewel. From a standard drum set to a djembe to a tiny triangle, he brings a sensibility and attention to detail that is uniquely Matthew. 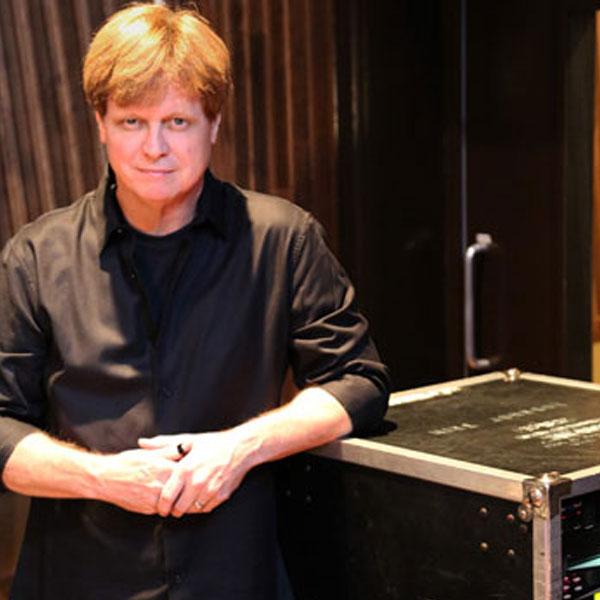 Mike Johnson was one of the first musicians we met after Jeff and I moved to Nashville.

You will hear him on nearly every song on our “I Can’t Remember To Forget You” album. He was voted the Academy of Country Music, “Steel Guitar Player of the Year” for 2006 and 2012. He was nominated for this award each year from 2004 – 2015. “Music Row Magazine” honors the Studio Musicians who have played on the Top Records each year and Mike has consistently been on that list since 1998. Mike is a member of The Alabama Steel Guitar Hall of Fame and The Nebraska Country Music Hall of Fame. Mike is currently the Music Director & Steel Guitarist for the RFD-TV show, “Country’s Family Reunion” since 1997. He has also played on recordings for the ABC TV series, “Nashville.” In addition to Mike’s current session work, he is also touring with Reba McEntire.
Mike Johnson Productions 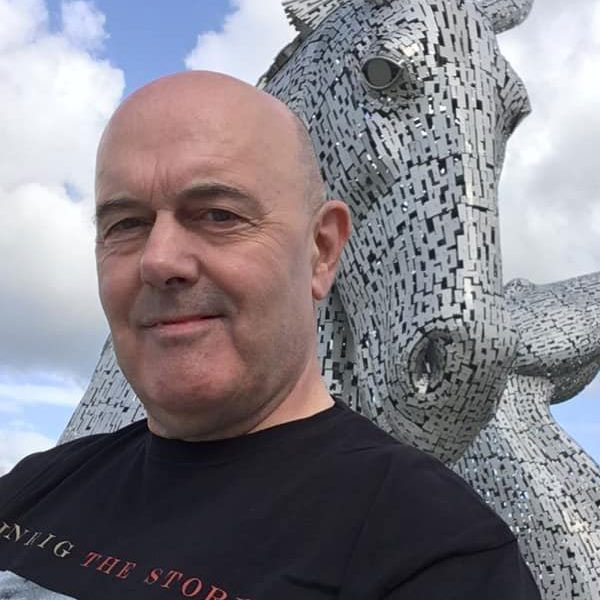 I “met” Billy through “The Sunday Getherin'” and he graciously agreed to share his voice on the background vocals.

NOTE: I was saddened to find out that we just lost Billy to a short illness. Although I never actually met him, you can feel like you get to know someone just through interactions on sites like Facebook. He will be missed and our thoughts are with his family and friends.
facebook.com/wbrownsell 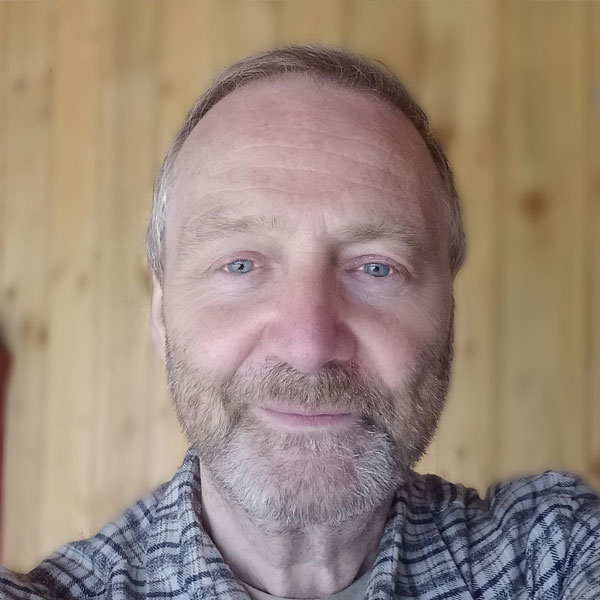 He has a album out entitled “What’s Not To Like?”
www.garycarey.com 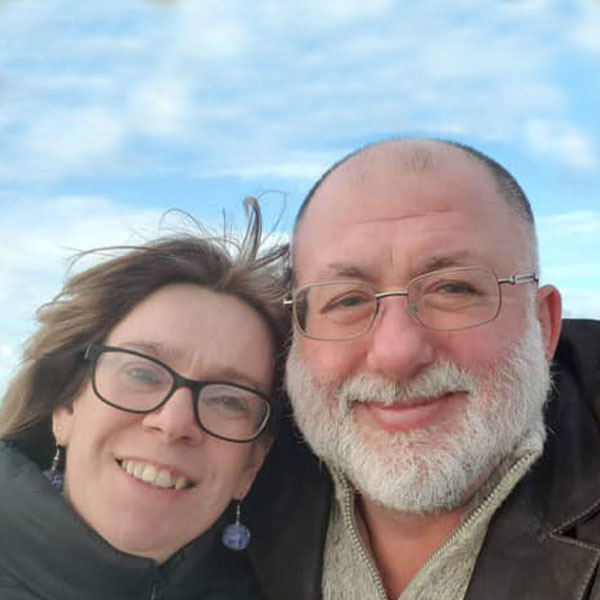 Our passion for music brought us together just over a year ago. 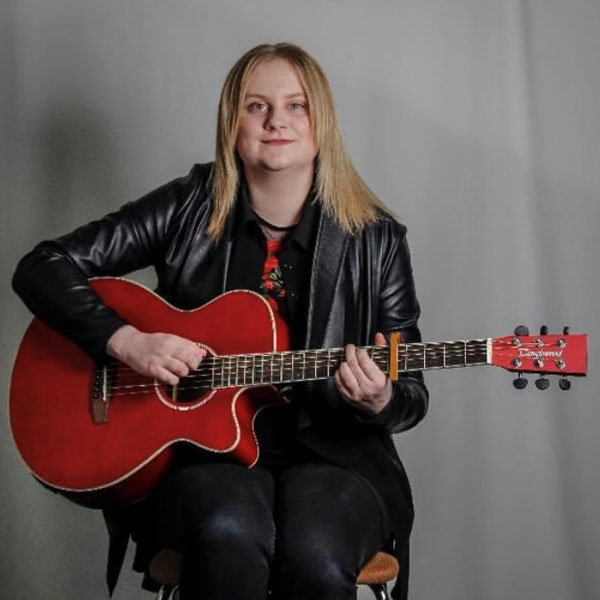 Ami’s sound is Acoustic Indie, Rock, Pop although she loves to experiment with many different genres and is forever evolving. Ami is constantly pushing the boundaries of her sound and this shows in the noticeable maturing growth of her tracks.
facebook.com/amileighmusic 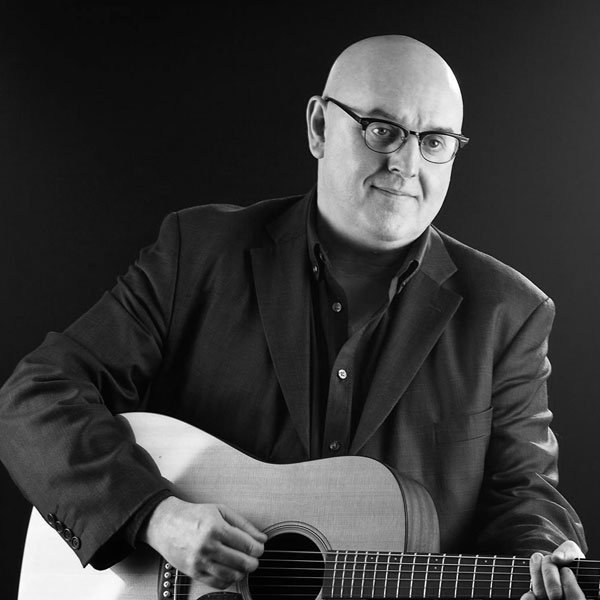 and event organiser with The Acoustic Yard.
facebook.com/DavidDeeMoore 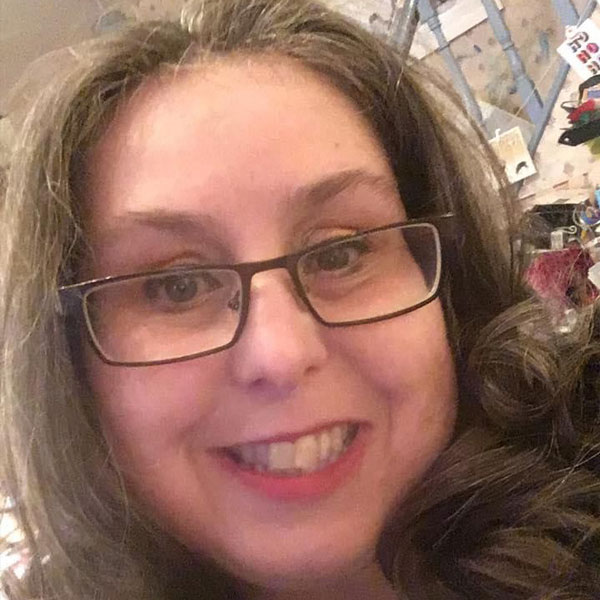 Siân lives in S. Wales, UK. She sings as a hobby at local folk club sessions,

in a few groups and local community choirs as well as with a local community theatre group. She is “Mum” to two young adult children and works with parents at a day job she loves as the Participation Officer at The Parent Network
facebook.com/sian.northey 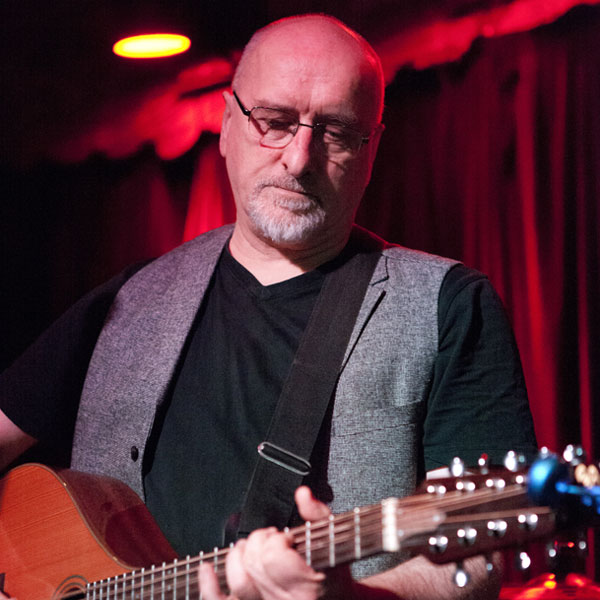 I also “met” John through “The Getherin'”.

John has been so supportive of my music and recruited many of our background singers. Although there is a great distance between us (and a rather large “pond”) I am so happy that I have had the opportunity to get to know John and call him my friend.

John is a singer-songwriter from North West England whose main instrument is a cittern. Many of his songs are environmentally or politically charged, and the resonance of the cittern provides an almost choral backing to his solo performances giving them a unique power. For his 2019 album “Inheritance” John changed direction, with a much more personal work, covering themes of ancestry, family, and love, and yes, with at least one protest song in the mix.

The collaborative NIGHTSONG project “The Peasant’s Revolt” saw John and producer Ali Karim joining forces with the superlatively talented Jo Beth Young. Released on the evening of the Winter Solstice, 21st December 2020, the album has drawn acclaim from Folk Radio UK (“remarkable, well-researched, historically illuminating, consumately crafted album…both musically esoteric and accessible, haunting and atmospheric, it deserves to be a classic of its kind”), and Fatea Magazine (“Yes it’s dark, it reflects dark times, but it does so in a way that entertains, a way that explains more than it preaches, does so in a way that makes this an album that bears repeated play and one that has so much to give”).

There are two new works for which recording was interrupted by Covid-19: “Breathe” with producer Ali Karim, and “John Reed Live in the Studio”. “Breathe” was just released on October 1, 2021 and John has a new album “Live” to follow sometime in 2022.
www.johnreedmusic.com

John is also the host of John Reed’s Progressive & Acoustic Compendium which airs on TD1 Radio FM and Blues & Roots Radio. You can learn more or join the chat on facebook. 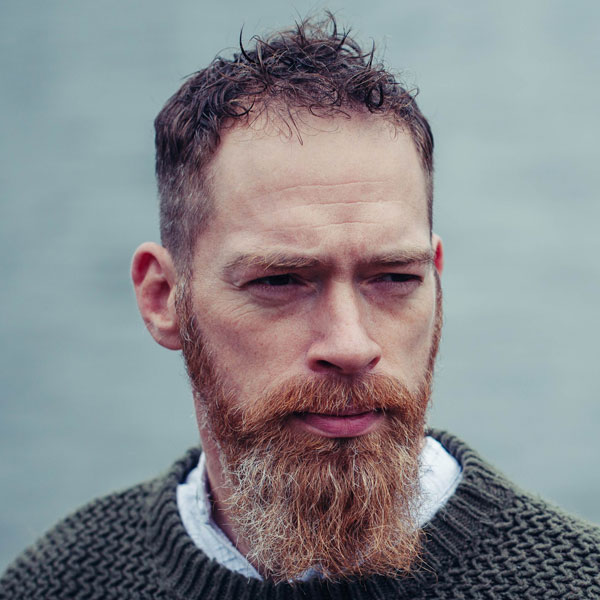 Matt is a singer/songwriter and musician from Leicester, UK.

His new release is “New Buryin’ Ground” with The Grace Machine. Influenced by the turmoil of uncertainty that the last two years brought, the Grace Machine felt drawn to revisit a number of old blues influenced spirituals. They wanted to find songs that convey a powerful mixture of trial, agony and hope.

Although he is classically trained in piano, violin and musical theorgy, his growing frustration with the “note